to tell the difficult story of her lifelong struggles of identification, separation, compassion, and grief alongside a sister in decades’ long and ongoing recovery—and homelessness in the NYC shelters system. Vox Media’s First Person and EHRP jointly published the personal essay, along with an interview on the EHRP website with Kadetsky on some of the backstory for penning her account.

Mining the Gap at AWP Minneapolis 2015 was attended by 300 and received this nice shoutout in Assay Journal: 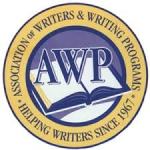 “The panel smartly resisted pop-psychology notions of “closure” as the ultimate goal of this vein of writing, embracing instead the value of the encounter with those “unassimilated scraps.”  Writing is not experience itself, but an artifact of the experience.  These writers accept that truth and encourage us all to write and appreciate the questions, doubts, and gaps themselves.”

“Panel organizer Elizabeth Kadetsky opened by explaining how her readings on the neuroscience of trauma informed her drafting of a cycle of essays about her mother’s illness and death by Alzheimer’s. She cited Dr. Bessel van der Kolk’s definition of trauma as “unassimilated scraps of overwhelming experiences” and described narrative techniques characteristic of traumatic experience: erased fragments, nonlinear repetitions, broken timelines, paratactic sentences, and modular jumps.  Her own takeaway as a writer, one relevant to this audience, was understanding how the traumatized mind redraws experience in a repetition/compulsion manner and that gaps are not to be overcome in fashioning trauma narratives, but treated as central to the form.”

September 2014 marks the release of the anthology Going Om: Real-Life Stories On and Off the Yoga Mat. From the publisher: “Ira Sukrungruang shares his heartbreaking struggle as a 375 pound yoga student discovering self-worth on his mat; Gloria Munoz explores the practice of stillness with lyrical elegance in the midst of her busy mind; Neal Pollack’s signature sarcasm leads to surprising turns at yoga class with his dad; Elizabeth Kadetsky uses yogic wisdom while coping with her mother’s devastating Alzheimer’s.”

Interview: A beautiful tribute to Michele with links to EK’s essays on Alzheimer’s, plus a mother–daughter profile by Deborah Fries of the Penn Memory Center. 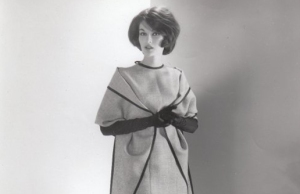